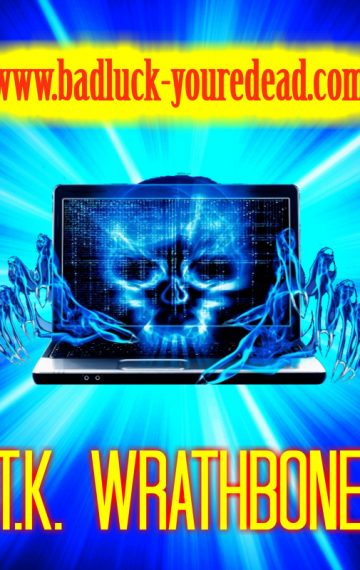 You really don’t want to end up on the www.badluck-youredead.com death list, because it could be the end of you!

Jordan Belmont is an ordinary fifteen year old in an ordinary high school who studies hard and achieves excellent grades. Until the day one of his classmates ends up dead and a mysterious new website suddenly appears on everyone’s social media radar. A website that not only shows a horrific video of his classmate’s death, but also has a death list, a list where you can add anyone from your school that you want murdered.

As the body count quickly climbs and the police have more suspects than clues, Jordan’s best friend Mike is drawn deeper into the bizarre murders, digging into the nether regions of the internet to find information the police don’t have. He’s become addicted to checking the site every second of every day, and finding the killer.

But Jordan, who doesn’t have one single social media account and only uses the internet for his higher education, surprises Mike with how much he already knows about the murders and the killer…and that puts them both in harm’s way.