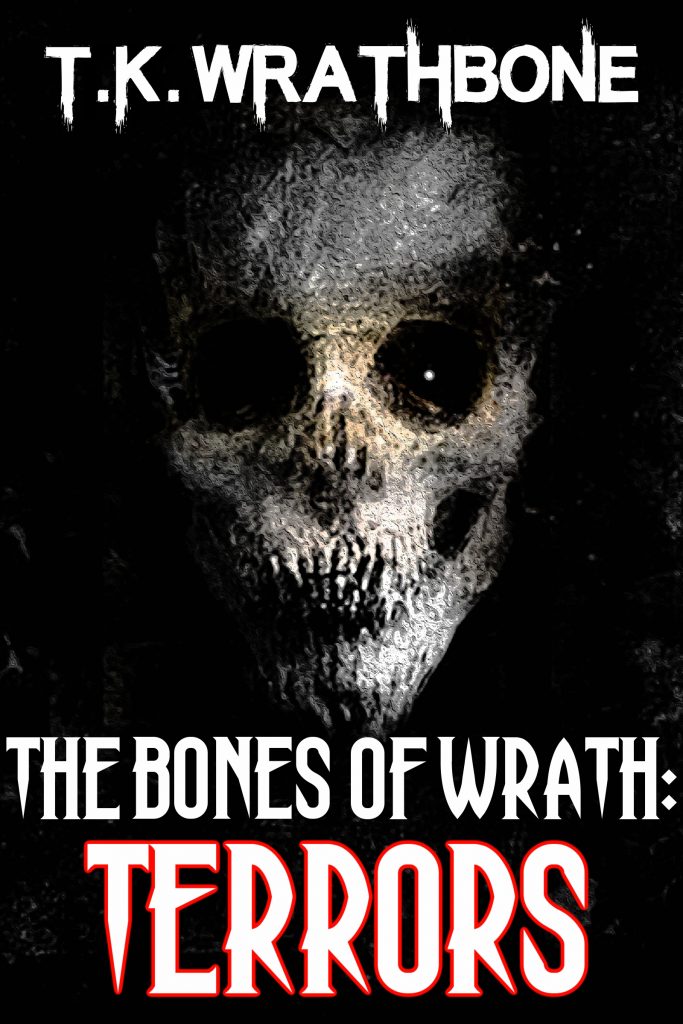 Terrors; it’s not always the monster in the bed that you need to worry about…

Dark Shadows: Sean Gilbert’s having his friends for a night of horror movies, but they’re woken in the middle of the night. When they realise it’s not Rusty the cat, they go in search of what it may be, only to find Rusty has beaten them to it. That’s when they discover that shadows aren’t as innocent as they seem.

Ne-Fairy-Ous: It’s Alyssa Graham’s tenth birthday and she’s having a party which all of the local “peasants” are invited. When one guest disappears into the forest behind her house and doesn’t come out, she and her friends follow to continue their bullying of her. But they’re met with a malevolent force they’ve never encountered before. And never will again.

A Rake Is Not Just a Rake: Quinn Kingsley and his friends go exploring around the ruins of the local hospital for something to do on a Saturday afternoon. They go armed with bats and cameras because strange sounds have been heard from the ruins. As they walk around making their own “Attenborough” video, they soon find out the hard way that a rake is not just a garden tool.

Well, Well, Well…: Wynn Ellery is panning for gold for his twelfth birthday and his friends have come along for the ride. Once they have their fill of gold, burgers, and hotdogs, they trek across the river to explore the old prospecting ruins to see how the world has changed. But what they find is even older, and freakier, than they could ever imagine.

Elizabeth Wants to Play: Harlan and his cousin Levi want to show their friends around their grandmother’s house. It’s a home full of weird and wonderful things collected over decades, including all of the haunted toys in the basement who are having one continual tea party. But when one toy, in particular, wants to play with them, the boys have quite a demon on their hands, especially when she gets down and dirty.